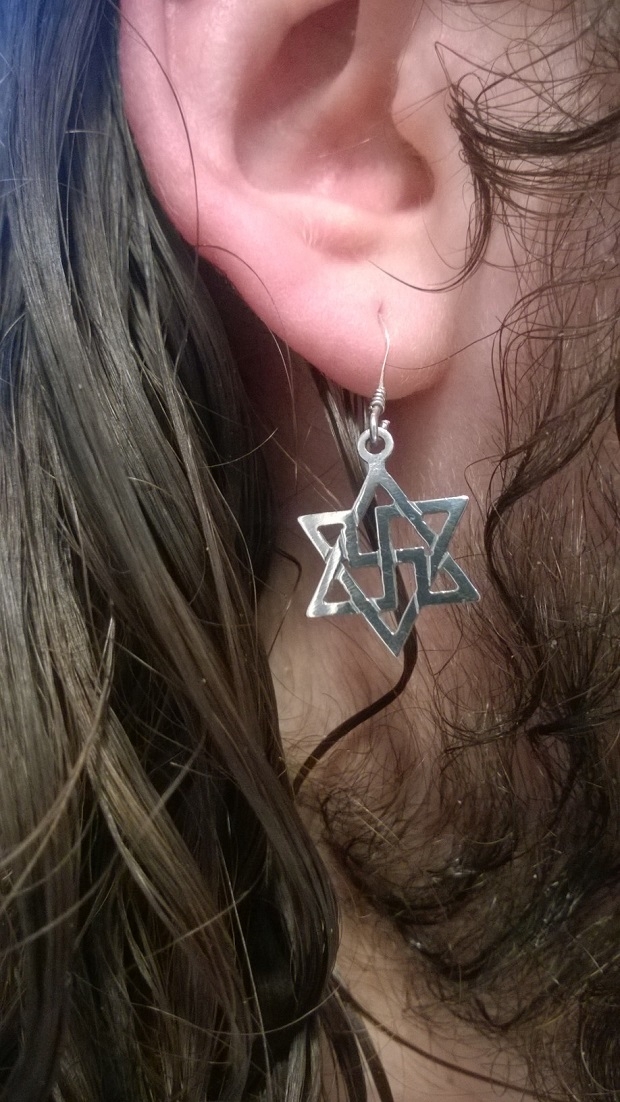 LAS VEGAS, Jan. 19 – After learning that Tyler Irwin, a member of the International Raelian Movement (IRM), was fired by a CVS store in Richardson, Texas, for wearing earrings displaying the official Raelian symbol that contains a non-Nazi-related swastika, the IRM today issued a statement calling for a nationwide boycott of CVS stores.*

“CVS fired Tyler for wearing earrings that depict our official Raelian symbol, which consists of a Star of David intertwined with a swastika,” said Raelian Guide Thomas Kaenzig, who is also president of the Pro-Swastika Alliance, an organization seeking to restore the symbol’s ancient, positive and spiritual meanings while eliminating all associations with Hitler and the Nazis.

“For CVS to deem Tyler’s earrings to be offensive enough to fire him is highly discriminatory and insulting to the billions of people worldwide for whom the swastika is still a revered symbol,” Kaenzig said. “For Hindus, Buddhists, Jains, Raelians and many others, this symbol has nothing to do with the Nazis who abused it. Besides, would CVS ask an employee to stop wearing earrings depicting a cross because Native Americans or African-Americans might associate it with those who enslaved or massacred their ancestors? Historically, a lot of bad things were done in the name of the cross. So how can it be okay for Christians to openly wear a cross at work when members of other religions cannot wear their symbols?”

He said Irwin has contacted the American Civil Liberties Union and is taking the necessary legal steps to reverse the CVS decision and obtain appropriate redress according to his constitutional rights.

“At the same time, we’re asking all Hindus, Buddhists and Jains and others in the United States who revere the swastika to boycott CVS stores until the company apologizes and reinstates Tyler,” Kaenzig said.

He added that the movement to rehabilitate the swastika to its pre-Nazi era status is gaining ground in both its number of supporters and in terms of legal recognition around the country.

“Everyone should remember that the U.S. government has deemed our ProSwastika cause of rehabilitating the swastika to be charitable in nature and recently granted our organization 501c3 tax exempt status,” Kaenzig said.