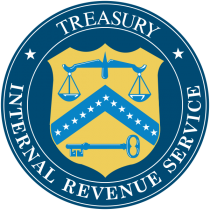 “The Raelian Movement initiated the ProSwastika Alliance to unite all religions and tribes that revere this ancient symbol of peace and good luck that was so unjustly hijacked by the Nazis,” said Thomas Kaenzig, Raelian Guide and President of the ProSwastika Alliance. “Thanks to its new 501c3 status, the Alliance will now be able to accept tax-deductible donations on its Web site and elsewhere to fund our educational campaigns and other events.”

Kaenzig said the organization’s goal is “to fully rehabilitate the swastika by eliminating the Nazi taint completely and retaining only its original meaning.”

“This symbol should be known from this point forward only for its ancient, beautiful expression of good will, good luck and peace,” he said. “That meaning has always prevailed in much of Asia, but in the West the swastika was dragged through history’s mud heap after Hitler stole and maligned it. But in addition to its prolific appearances in legions of Buddhist and Hindu temples, the symbol also can be found in pre-1930 sites throughout the world, meaning all over the West and even in Israel. It’s cherished by Native American cultures too. And for Raelians, the swastika intertwines with a six-pointed star to form our Raelian symbol of infinity, which was given to us by our creators, the Elohim.”
Tweet