Made from meteorite: Nazi-found Buddhist statue with swastika originally from space 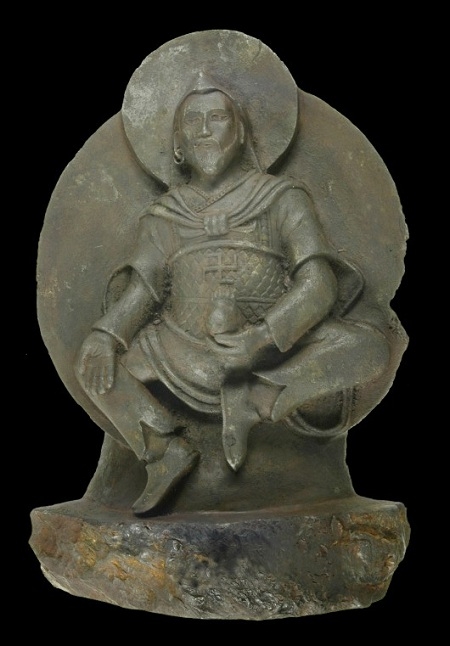 The swastika symbol was around long before the Nazis chose it for their notorious emblem. An ancient Buddhist statue with a swastika on it they brought back from Tibet was probably carved from a meteorite that crashed on the Siberia-Mongolia border.

­According to researchers, the 10-kilogram figure of the "Iron Man" which features a large swastika, a good-luck symbol in Buddhism, most likely fell from space some 15,000 years ago.

"If we are right that it was made in the Bon culture in the 11th century, it is absolutely priceless and absolutely unique worldwide," Elmar Buchner of the University of Stuttgart told the online journal Meteoritics and Planetary Science.

The 1938 Nazi-backed mission to Tibet was attempting to trace the origins of the Aryan race.

The Nazis were attracted to the statue mainly because of its left-facing swastika symbol on the front. They had already appropriated it as the symbol of their ideology, slightly revamping it by putting a right-facing version of it on their red and white flag.

Buchner told AP that the existence of the statue was revealed in 2007 when the owner died and it came up for auction.

German and Austrian scientists got permission to conduct a chemical analysis that revealed that the statue came from the Chinga meteorite, which crashed in the area of what is now the Russian and Mongolian border.

The meteorite was discovered in 1913, but according to Buchner, the statue could be 1,000 years old and represent a Buddhist god called Vaisravana.